Jan. 6 is a big day in New Orleans. It marks three things: Twelfth Night, The Epiphany, and the beginning of the Carnival season.

Yes, while many people outside of New Orleans believe that Mardi Gras is a one day event, those of us living here know that it’s an actual season, kind of like Christmas. From Jan. 6 through Fat Tuesday, New Orleanians will be celebrating. 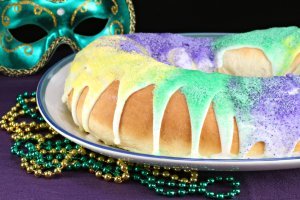 One of the best things about the start of Carnival season is that it signals the beginning of King Cake season, too. These colorful, traditional and delicious cakes have a special place in New Orleans history. Hundreds of thousands are baked and enjoyed by locals at parties, home, and the office every year. Many bakeries and businesses that specialize in King Cakes also take orders from out-of-state too – so you can have your own New Orleans king cake shipped right to your door!

To learn more about King Cakes, including their history, what they are, and where to get them, read this.

Two krewes will help kick off the season on Jan. 6 with their parades: The Phunny Phorty Phellows and Krewe de Jeanne D’Arc. 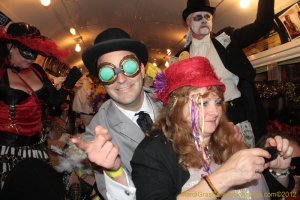 Phunny Phorty Phellows does things a little differently. Instead of using traditional floats, this krewe gets rolling on a streetcar ride down St. Charles Ave.  The masked members first took to the streets to “herald the arrival of Carnival” in 1878, and they’re known for the satirical parades that often reflect topical themes.

This year’s streetcar ride begins at the Willow Street Car Barn at 6:30 p.m. and will make its way down to Canal St. and back. 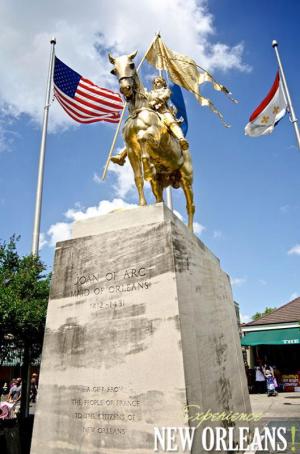 Joan of Arc is something of a symbol and inspiration for New Orleanians (as seen by the giant golden statue of her in the French Quarter). So naturally, she has her own krewe.

Krewe de Jeanne D’Arc helps mark the beginning of Carnival – which just so happens to be the same day as Joan of Arc’s birthday – by parading through the French Quarter. Starting at 6 p.m.,  krewe members and friends will make a loop (starting and ending on Decatur Street). Most of the costumes and favors are homemade, and this event continues to grow in popularity every year.