Get Jazzed for January in New Orleans 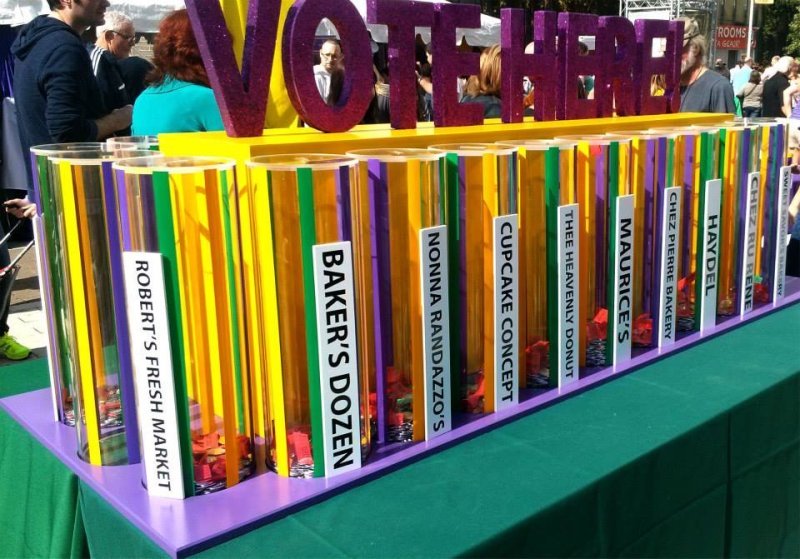 New Orleans’ tricentennial may be over but there’s still plenty of celebrating going on in the Crescent City. Carnival season kicks off on January 6th (Twelfth Night) with four parades. Plus, the Saints are in the play-offs (woo hoo)! And the King Cake Festival (featured) is a great time, baby! Here's what else is happening this month:

The Superdome will be lit up with excitement as the Texas Longhorns take on the Georgia Bulldogs for the 85th Annual Allstate Sugar Bowl. Get ticket information.

This month, the Ernest N. Morial Convention Center will be transformed into Wizard World. Head over for photo-ops, autograph signing, panel discussions, workshops, celebrity guests and access to exclusive vendors. Find hotels near the convention center.

The first day of the carnival season will kick off with three parades: the Phunny Phorty Phellows, the Funky Uptown Krewe, the Krewe of Joan of Arc Parade, and the Société Des Champs Elysée Parade. See the parade schedules and routes.

The Saints have had an awesome season this year and there will be play-off action in the Dome. If you can get tickets, great, but even if you can’t the city is going to be on fire. Come celebrate at tailgates, in Champions Square or in the French Quarter. Book your hotel.

You’ll have five opportunities to see the Pels at the Smoothie King Center this month. They play the Memphis Grizzlies on January 7, the Cleveland Cavaliers on January 9, the Detroit Pistons on January 23, the San Antonio Spurs on January 26 and the Denver Nuggets on January 30. Get tickets. Find hotels.

Commemoration of the Battle of New Orleans, January 8

Join General Andrew Jackson and privateer Jean Lafitte as they re-enact the final battle of the War of 1812 at the Commemoration of the Battle of New Orleans. Gather at Chalmette Battlefield, just outside New Orleans, for battle stories, period music, cannon and musket firings and more.

Along with gigs from our great local musicians, you can take in some larger concerts this January in New Orleans. Catch the Cracker and Camper Van Beethoven, Justin Timberlake, The Radiators, Young Dolph or the Tedeschi Trucks Band.

Celebrate the life and work of this beloved civil rights leader at the city’s annual parade. There will also be many opportunities to volunteer on that day. Learn more.

MLK Day is a great time to learn more about New Orleans' unique Black history. Save Our Cemeteries is offering a new tour of St. Louis Cemetery No. 2, Square 3, the final resting place of many fascinating men and women, many of whom were free people of color in Spanish and French Louisiana before the Louisiana Purchase. You'll hear the stories of poets, writers, Reconstruction politicians, soldiers and even a wealthy black planter who owned slaves himself. Many believe voodoo queen Marie Laveau is actually buried here and not in St. Louis No. 1. Come hear the theories. The tour will start at 11 a.m. Participants should meet at 10:45 a.m. at the Backatown Coffee Parlour at 301 Basin Street. To reserve your spot, call 5054-525-3377 or go to SaveOurCemeteries.org.

Whatcha doing this weekend, baby? Head down to Champion’s Square for the King Cake Festival. Enjoy great local music while sampling king cakes of all varieties from some of the best bakeries in the city. This sweet event benefits Ochsner Hospital for Children. The fun lasts from 10 a.m. to 4 p.m. Admission is free.