Go 4th On the River!

We celebrate a lot of things here in Louisiana, from antiques and alligators to wooden boats and zydeco. So it’s nice when the rest of the country gets to join in! On Wednesday, July 4, the Crescent City--and every other American city--celebrates freedom. 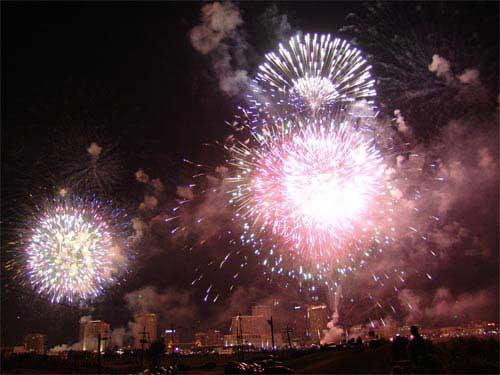 In 1776, America declared her independence from Britain; New Orleans had been around for over fifty years already, and Louisiana wouldn’t become part of the United States for another thirty-six years. So New Orleans occupied ourselves by celebrating Mardi Gras, building the first incarnations of the French Quarter, and proving our mettle in the face of disease and disaster. (We were a hardy krewe, even when the Vieux Carre burned to the ground...twice.)

When Louisiana officially joined the Union, we had a lot of time to make up for. We also needed to prove that we knew how to throw the best party from Montana to Missouri (some of the bounds of the Louisiana Purchase, of course). This Independence Day, New Orleans will show her patriotic spirit in typical Big Easy fashion--with fireworks and a huge party. And where better to throw the party than the mighty Mississippi, where New Orleans began with Bienville?

DONE. Go 4th On the River, a community project by the Riverfront Marketing Group, presents its 22nd annual “Dueling Barges Fireworks Extravaganza” this 4th of July! Two enormous barges will drop anchor in the Mississippi and fire off a barrage of spectacular pyrotechnics, whose impressive effects will be twice as awesome thanks to their watery reflections.

The Go4th festivities start at noon, when jazz and brass bands regale the Riverwalk with danceable tunes. Next up, the World War II Museum Victory Belles and Amanda Shaw and the Cute Guys entertain crowds at Washington Artillery Park. And at 7PM, the Navy Band New Orleans Ceremonial Band will lead the way into the big fireworks debut. Bring your radios to the river, and tune to WWL 870 AM or Magic 101.9 FM to hear a live simulcast of the event!

Last but not least, check out Go4thOnTheRiver.com for more information and to snag coupons for special 4th of July treats.