Things to do in February

Goodbye January and all of the abnormal cold temperatures that it brought to New Orleans this year. Ice in NOLA? Good riddance.

Warmer weather (hopefully) is only part of the reason we’re excited about February in the Big Easy, though. Usually, we provide a whole list of the best things to do in New Orleans for each month, but the list for February is going to be pretty short. That's because there's one big thing that pretty much overshadows everything else: Mardi Gras.

Mardi Gras is a whole season, so it's made up of many different events. For example.... 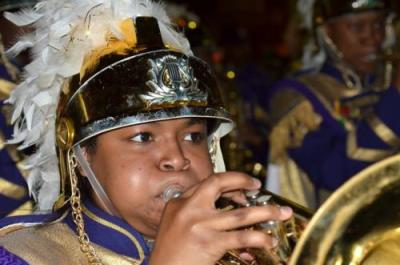 Mardi Gras parades begin rolling through New Orleans Feb. 15. Krewe du Vieux kicks everything off with their parade through the French Quarter that evening at 6:30 p.m., directly followed by the Krewe Delusion parade.

The parade schedule is full all the way up to Fat Tuesday, which falls on March 4 this year.  No matter which parades you choose to go to, we can almost gaurentee you'll have fun, but we do have a couple of suggestions:

Krewe du Vieux, Feb. 15– Yes, we’ve already mentioned this one, but we want to place some emphasis on it because it’s one of the first local parades happening, and it’s a lot of fun. Warning: It's not what we'd call "kid friendly." If you want to take your family to a parade, wait and go to one Uptown on St. Charles Avenue.

Krewe of Nyx, Feb. 26  – We’ll admit it, we like this one because they throw the most stuff. If you want to catch some great Mardi Gras trinkets, this parade is a good bet.

Krewe of Muses, Feb. 27– The members of this all-female krewe throw awesome shoes decorated by hand. Even if you don’t catch a shoe, it’s still a great time.

Valentine’s Day happens everywhere on Feb. 14, we get it.  But we did want to remind you of it, and of the possibility of spending it in New Orleans.

If you’ll be in town that day and want to celebrate with your sweetheart, relatives or friends, we recommend reserving a table through NewOrleansRestaurants.com. They should be posting a list of the best Valentine's Day specials in New Orleans sometime this week, so keep an eye out.