Things to do this August in New Orleans

There’s no question about it, summer is here and it brought broiling hot temperatures with it.  However, don’t let the steamy weather scare you away. There are still lots of things to do in New Orleans this August. Whether you’re a food lover, music fan or just want to have fun, August holds something for you to do.

This one is for my foodie friends (or just people who love to eat). COOLinary is a month long event, from Aug. 1 to 31, when you can enjoy delicious two to three course lunch menus for just $20, and three course dinner menus for only $35 at award winning restaurants across the city. It’s a great way to enjoy meals at some of the premier restaurants in town, without paying premier prices. This year’s restaurants include Arnaud’s, Court of Two Sisters, Tujague’s and many more. Check out our list of favorite participating restaurants. 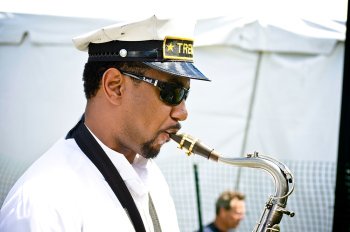 The first weekend of the month, Aug. 2-4, head over to the Old U.S. Mint for Satchmo Summerfest. It’s a weekend with jazz and brass band music fills the Quarter. It started out as a one time event to honor jazz legend Louis Armstrong’s birthday, but turned into an annual tradition featuring the best jazz musicians and brass bands in New Orleans. This year’s must see artists include Charmaine Neville, Kermit Ruffins and the Treme Brass Band.

White Linen Night transforms the Arts District on the evening of Aug. 3 to a sea of white clothing. It’s a uniquely New Orleans block party, centered around the art galleries on Julia Street. The evening features music, food and drinks. The art galleries in the middle of it all open their doors and allow us to stroll through, admiring the art. It runs from 6 to 9 p.m. on the 300-700 blocks of Julia. It’s free and open to the public.

The next weekend, put the same outfit back on for Dirty Linen Night on Aug. 10. It started as a spoof on White Linen Night, but eventually turned into its own art event.  At the center of Dirty Linen Night are the art galleries, antique shops and craft shops on Royal Street. Some galleries hand out dirty martinis and dirty rice to shoppers. The event runs from 6 to 9 p.m. around the 200 to 1000 blocks of Royal Street. There’s no cost to enjoy the festivities.

The same day as Dirty Linen Night, Aug.10, is the Red Dress Run. Don’t let the name fool you, this event is more like a party on the move than any standard 5k. Beer starts flowing at 9:30 a.m. and the run is at 11 a.m.  Did I mention there will be beer, food, music (this year’s headliner is Cowboy Mouth) and giveaways? Of course, a red dress for both male and female participants is the mandatory uniform for the event.  The event raises money for a number of New Orleans charities.

The Saints are back! Coach, Drew and the whole Krewe are back and starting their hunt for another championship ring.  They kick off the pre-season Aug. 9 against the Kansas City Chiefs at home in the Mercedes Benz Superdome. They have another home game on Aug. 16 against the Raiders.