A Stroll Down the New Orleans Riverfront 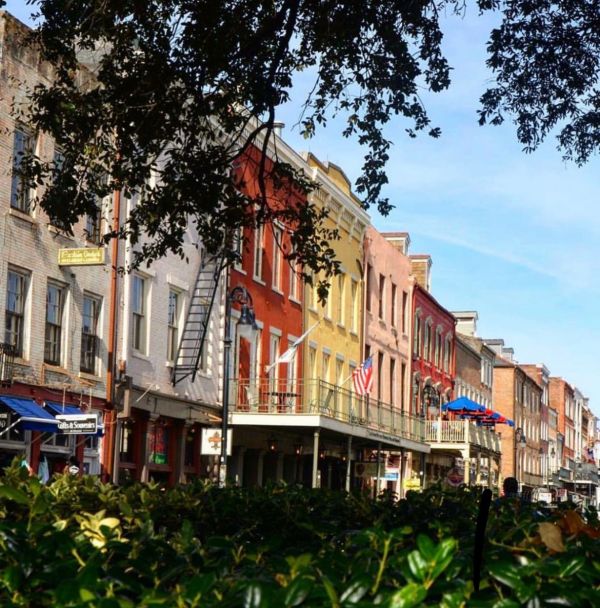 The Mississippi River is 2,348 miles long. It begins in Lake Itasca in Northern Minnesota where you can step over it and meanders all the way past rivertowns both large and small like Minneapolis/St. Paul, St. Louis, Memphis, Natchez, Vicksburg, St. Francisville, Baton Rouge and New Orleans all the way to the Gulf of Mexico. Of course, New Orleans (a.k.a., the Crescent City and the Queen City of the South) is its busiest, deepest and most fascinating port. At one time, our riverfront was lined with steamboats. Today, you can still spy a few. Just follow the sound of the calliope on the Steamboat Natchez to the river and let your adventure begin.

Right outside Riverwalk is Spanish Plaza, a gift from Spain to the City of New Orleans in 1976 to honor our common history and as a pledge of fraternity. The magnificent fountain is surrounded by the seals of the provinces of Spain.

The Aquarium of the Americas is a stunning place to spend several hours. Discover of the beauty of Great Maya Reef in our walk-through tunnel. Watch penguins and Southern sea otters play. Feed a parakeet, pet a baby stingray, and be wowed by the huge sharks and sea turtles in the 400,000-gallon Gulf of Mexico Exhibit.

This lovely park, a gift from philanthropist Malcom Woldenberg, is the perfect spot to jog, bike, stroll or just sit and watch the ships on the magnificent Mississippi. Many sculptures dot the landscape, including the “Ocean Song” which symbolizes the motion of water, the “Monument to the Immigrant,” “Old Man River,” and the city’s Holocaust Memorial.

The best way to experience “Life on the Mississippi” is from the decks of the Steamboat Natchez. This narrated tour is packed with fascinating history and trivia, plus you can listen to live jazz and enjoy traditional Creole and Cajun delicacies on board. Tour the engine room! Come feel the spray of the big red paddlewheel on your face. Pull up a chair on history’s front porch and discover the river.

City tours, swamp tours, plantation tours, haunted history tours, cemetery tours, walking tours, cocktail tours…they all depart from the Lighthouse Ticket Office right here on Decatur Street. Their guides are educated and entertaining with a love for this city that’s contagious. There’s nothing like an adventure with Gray Line.

Come enjoy "the brew and the view" at Crescent City Brewhouse, the French Quarter's only microbrewery. They're famous for their handcrafted beers and great New Orleans food. 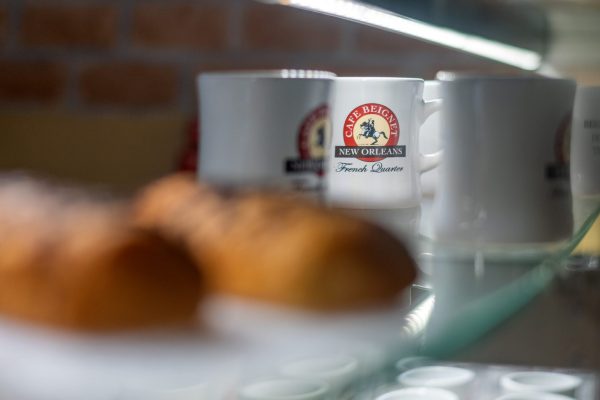 Come enjoy award-winning beignets and café au lait at Café Beignet. This location inside the old Jax Brewery is the perfect spot to grab breakfast, lunch or a cocktail.

Come enjoy authentic Creole and Cajun food and great views of the river and Jackson Square from Landry’s Seafood House. The Crawfish Bread is out of this world.

Considered the oldest apartment buildings in the U.S., the Pontalba Apartments were built in the 1840s by the Baroness Micaela Almonester Pontalba. Each building houses 16 apartments, located over commercial space. Famous writers who have been residents or guests here include William Faulkner, Sherwood Anderson, Thornton Wilder and Booth Tarkington.

This café, located inside the Pontalba, is famous for its Creole and Cajun specialties like Shrimp Creole, Red Beans and Rice, Gumbo, Crawfish Etouffée and Jambalaya. Ask for seat by the window so you can watch the fun outside. 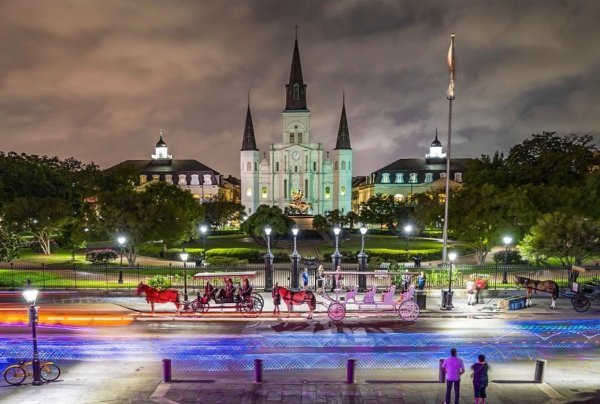 Originally called the Place d’Armes, this area was renamed Jackson Square after the hero of the Battle of New Orleans in 1815. While peaceful today, the Place d’Armes was once a military parade ground, the site of public executions. Jackson Square is home to St. Louis Cathedral, which is flanked by two museums, the Cabildo and the Presbytère.  Both offer fascinating exhibits on New Orleans history and culture and are worth a visit.

Erected in 1976, this landmark/amphitheater honors the 141st Field Artillery of the Louisiana National Guard.  The mounted cannon is a model 1861 Parrot Rifle, used in the Civil War. It’s a great spot to people watch.

The Moonwalk, across from Jackson Square

This walkway was named for former New Orleans Mayor Maurice “Moon” Landrieu. Constructed in 1975, it opened the door for future riverfront development. If you’d like to moonwalk on the Moonwalk, go for it.

Established in 1856, Tujague’s is the second oldest restaurant in New Orleans. Brunch was invented on this site as well as cocktails like the Grasshopper and the Whiskey Punch. In 2020, they will be moving down the street a bit to 429 Decatur. Learn more.

This park was established following the Congressional designation of jazz as an American treasure in 1987. Its purpose is to preserve information, resources, and sties related to the beginnings and progressions of jazz in New Orleans, “America’s only original artform.” 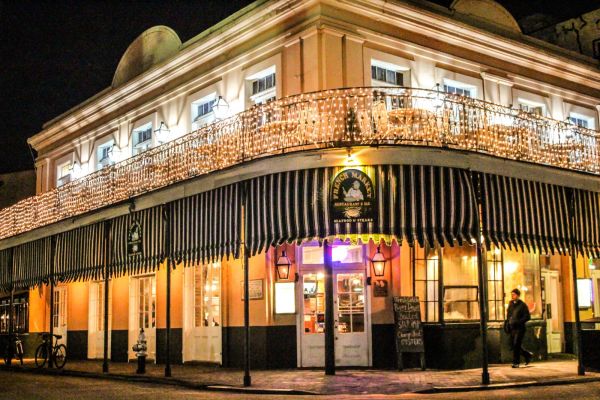 One of the best balconies for people watchers in the French Quarter is right here at the Original French Market Restaurant & Bar. You can watch crawfish boil right through their window (in season). Otherwise, treat yourself to a dozen raw oysters or some fresh fried seafood. It’s a great place to watch a Saints’ game, too! 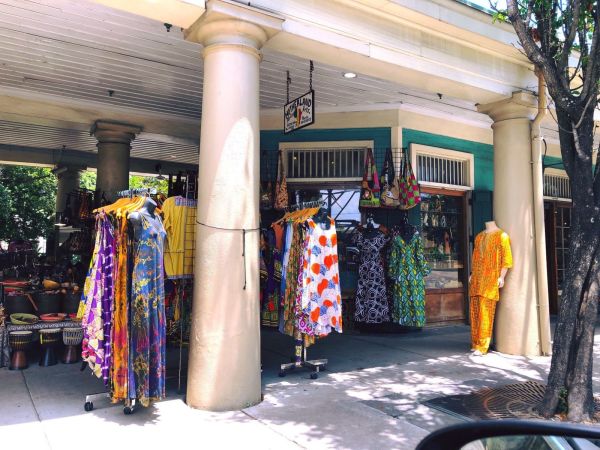 Considered America’s oldest public market, the French Market is six historic blocks of unique shops and restaurants, including the Farmers Market and the Flea Market. It was designed by Joseph Abeilard, one of America’s first African-American architects. Locals have been “making groceries” on this site since 1791.

The New Orleans Jazz Museum is housed in the Old U.S. Mint, the only mint to strike coins for both the U.S. and the Confederacy. It stands on the site of the old Spanish fort of San Carlos. In 1814, General Andrew Jackson inspected his army here before they marched downriver to the Battle of New Orleans. Today the building houses the New Orleans Jazz Museum where you can see many treasures, including a horn once owned by Louis Armstrong.