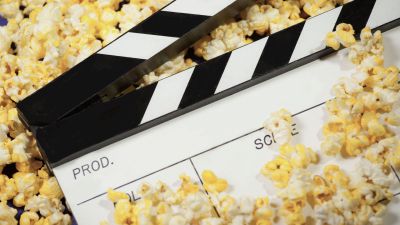 New Orleans has always been a favorite city for artists, writers and film makers, but more than ever film is taking center stage.

Dubbed Hollywood of the South, film crews are popping up every week all over the Big Easy, from the French Quarter to Audubon Park. Walking down Magazine Street or even just eating dinner at your favorite restaurant, it's possible to run into a world famous actor or starlet making a rise into stardom. Who knows, if you live here you might even have neighbors that are stunt doubles.

As the entertainment business continues to thrive each year, it’s quickly becoming a billion dollar industry in New Orleans as well as adding thousands of jobs each year.

While the movie companies have been lured by tax incentives, the historic beautiful of the French Quarter, the charm of the Garden District and the famous streets are the real reasons that movie producers choose to use New Orleans as a backdrop for their visual storytelling.

It’s not just movies that are New Orleans centric, the popular HBO series Treme, NCIS New Orleans and several others are set in the Big Easy.

Every year the city hosts the New Orleans Film Festival. It’s a week of movies that feature everyone from up and coming directors to Oscar award winners.