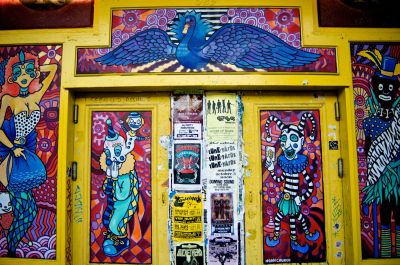 Music of New Orleans
Jazz Was Just the Beginning

When WWL TV’s Eric Paulsen asked Fats Domino if he got to meet the Beatles when they were in New Orleans in 1964, he famously replied, “No, they got to meet me.” While amusing, his statement was actually true. The Fab Four, like most rockers, were inspired and influenced by “The Fat Man,” and requested the meeting themselves.

Go to: A Day of Music Itinerary 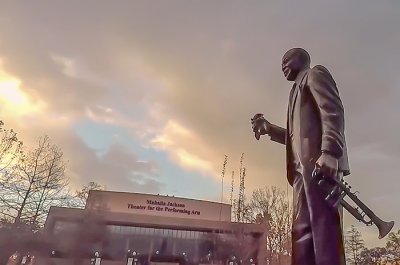 Jazz great Ellis Marsalis once said, “In other places culture comes down from on high. In New Orleans, it bubbles up from the streets.” It follows then, that to truly understand the soundtrack of New Orleans, you should hit the streets on a Music of NOLA Tour from French Quarter Phantoms.

Yes, go to the music clubs. Yes, take in the festivals. Yes, walk through the streets of the French Quarter and listen to the street musicians. But to get a deeper understanding of the music, you must understand the people and situations that inspired it. The Music of NOLA tour is your chance to do just that.

On this walking tour the Tremé, the country’s oldest African-American neighborhood, you can learn about the music of slavery, traditional jazz, rock ‘n roll, the industrial rock of the 1990’s and more. Hear the stories and listen to the music of the greats of New Orleans jazz, gospel and rock – legends like Louis Armstrong, Jelly Roll Morton, Mahalia Jackson, Fats Domino, the Marsalis family and Trombone Shorty. You’ll go home enriched and inspired.

Bourbon Street and Beyond.

Some visitors make the mistake of looking for music only on Bourbon Street – don’t be one of them. More than 80 clubs all over the city offer live music. Follow the music to the clubs on Frenchmen Street, Uptown and the Arts/Warehouse District. Jazz, zydeco, swamp pop, blues, funk, R&B, country, rock, bounce…America’s music was born in New Orleans and it’s still growing up here. Come discover it.

Start Your Musical Adventure with the Clubs Listed Below.