2011 Voodoo Experience: Are You Ready? 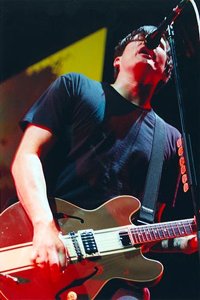 The Voodoo Experience is one of the biggest music festivals in New Orleans -- certainly the biggest show in the fall. Halloween weekend of each year features major headline acts from the world of rock, alternative, indie and hip-hop. Past years have included performances by such superstars as Muse, Lenny Kravitz, Rage Against the Machine, Smashing Pumpkins, Ozzy Osbourne, Weezer and many more.

We won’t even try to list all of the acts for 2011’s show, but check out some of the highlights.

And the music doesn’t stop with the nationally-known acts. The flavor of New Orleans is strongly represented with several bands like the Soul Rebels Brass Band, The Meters and more.

Not Just a Music Festival. It’s an Experience.

City Park in New Orleans is transformed into an artistic experience with “large-scale exhibition composed of a series of interactive, site-specific installations scattered throughout.” Featuring contributions from local and international artists, the Voodoo Experience seeks to add to the big sounds on stage with a compelling visual element destined to keep fans entertained throughout Halloween weekend.

Picture used under a Creative Commons license from Flickr.