New Year's week things to do in New Orleans

This year, Conde Nast Traveler Magazine says New Orleans is one of the best cities for New Year’s Eve celebrations. We definitely agree!

It’s no secret why New Orleans is the regularly voted the number one place to spend New Year’s Eve. There’s so much going on here that it’s guaranteed that you’ll have a great, unforgettable time here. 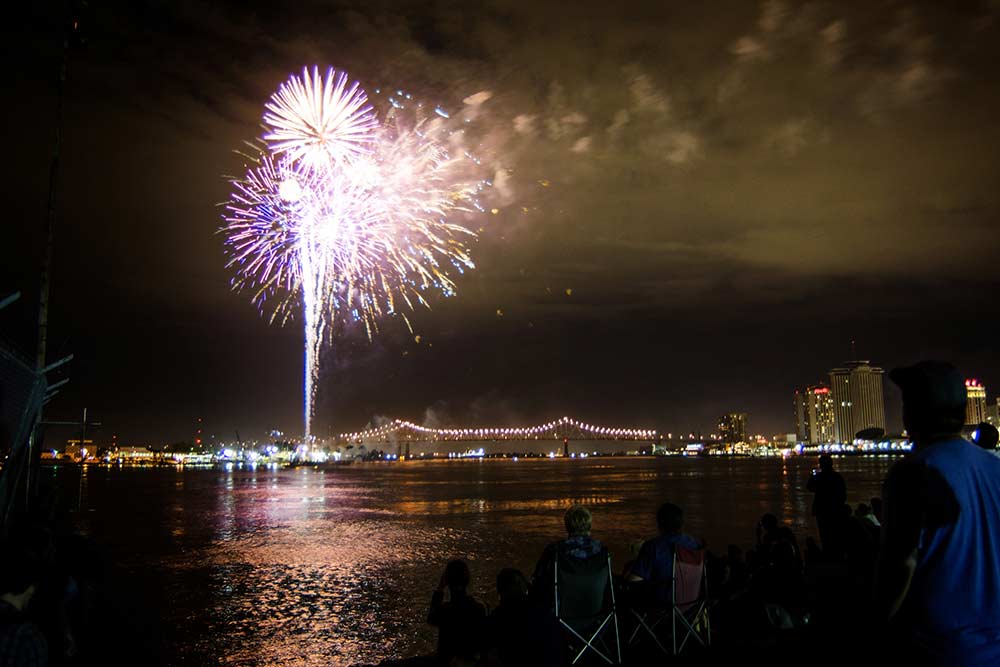 Hands down, the best place to be in the United States is in front of Jackson Square and along the Mississippi River levee for the Crescent City Countdown. Here there’s live music, a Fleur de Lis Drop at midnight and dueling firework shows over the river. Not to mention that the weather a lot warmer than that other countdown in Times Square.

This year it two teams battle it out for a shot at the National Championship. Alabama takes on Ohio State at the Mercedes Benz Superdome, January 1 at 7:30 p.m.

Before the game, there’s the official tailgating with the Fan Jam in Champions Square. There will be food, games, music and appearances by both schools’ bands and cheerleaders.

If you’re still hungry after all of the delicious Christmas dinners, restaurants throughout the city have special dinners planned for New Year’s Eve. These are Revillon dinners, a Creole/New Orleans tradition of feasts that dates back to the nineteenth century. Take a look at NewOrleansRestaurants.com list of restaurants offering Revillon dinners. Contact them to see what they’re offering and have available for New Year’s Eve.

Beyond that, bars, clubs and music venues across the French Quarter, C.B.D. and Marigny have special evenings planned. Some require reservations, some have package deals including food and drink, all will make for great places to ring in the New Year.