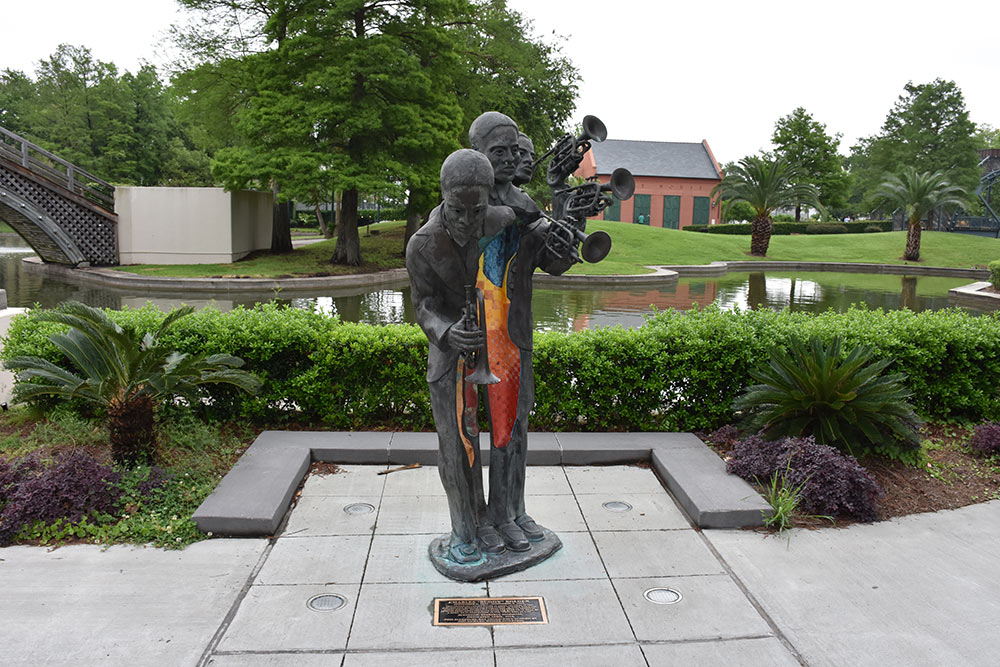 Looking for some lush greenery just steps from the French Quarter? Nestled across N Rampart St, Louis Armstrong Park is greenspace rich in local history and natural charm, perfect for an outdoor outing while visiting New Orleans’ most famous neighborhood.

Arguably the park’s most notable landmark, Congo Square, previously known as Place de Negres, still stands as a vibrant remembrance of local African-American history. In Congo Square, slaves would come together on Sundays, their day off, to socialize and celebrate in this open field with music, drumming, singing, dancing, and the sale of homemade goods. Locals and visitors also came to Congo Square to listen to the music and dance, including dancing the Bamboula and the Flat-footed Shuffle.

Congo Square is still honored today as the birthplace of the African contributions to modern music, particularly jazz, and it is listed on the National Register of Historic Places. Louis Armstrong Park was built both to preserve the site of Congo Square and honor Louis Armstrong.

Some of the park’s ornamental features include monuments to famous jazz musicians, including a statue of Armstrong, a bust of saxophonist Sidney Bechet, and another statue of trumpeter Buddy Bolden.

Louis Armstrong Park hosts many events throughout the year, including Martin Luther King Day celebrations, Red Dress Run, festivals, such as the Congo Square Rhythms Festival, concerts, such as the Jazz in the Park weekly concert series, weddings, filming, and more.

When you’re enjoying your day in the French Quarter, consider taking a stroll through Louis Armstrong Park and soaking up the history of the park and Congo Square as well.