The History and Mystery of New Orleans Voodoo 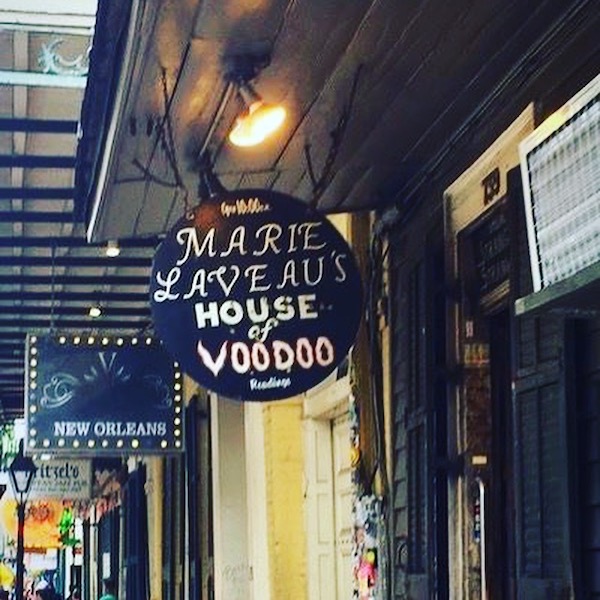 Voodoo originally came to Louisiana on slave ships from West Africa and, after the 1791 slave revolt in Haiti, even more practitioners moved to New Orleans. With them came an extensive knowledge of herbs and poisons, and a belief in the power of charms, magical potions and amulets (gris-gris) to cure ailments, grant wishes, and even destroy one’s enemies.

In the 1800s, Voodoo practitioners like Voodoo queen Marie Laveau wielded great power in New Orleans. Marie, who lived at 152 Rue St. Ann in the French Quarter, ran a beauty parlor where she learned many secrets from her wealthy Creole clients – secrets she was able to use to her advantage later on.

Still, along with practicing the dark arts, Laveau was said to be a Catholic who went to Mass daily at St Louis Cathedral. She nursed yellow fever victims with Père Antoine, the leading religious authority of the Catholic Church in New Orleans at the time. (He also baptized her and officiated at her wedding).

Because Voodoo followers practice magic, some consider it a kind of witchcraft. According to writer Helmut Danner, "Voodoo is considered the witchcraft/religion of the Africans who were brought over to America. Witchcraft is seen as any use of powers, conjuring and all practices banned by the Christian Church. This includes Voodoo."

Today, you can find Voodoo dolls, gris-gris and magic potions in French Quarter shops, and you can learn about Voodoo on haunted history and cemetery tours. Many include stops at the purported tomb of Marie Laveau in St Louis Cemetery #1. Some tours even give you gris-gris for good luck.

Most New Orleanians consider it just part of the fun and funky historic fabric of the city.  Who doesn’t want a Voodoo doll of their boss after all?