Not All Swamp Tours Are Alike 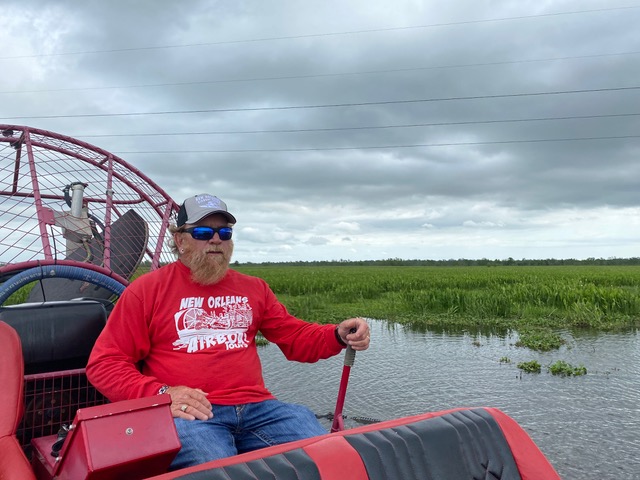 That’s what we thought…until we went on a ride with New Orleans Airboat Tours, LCC.

Operated by a three generations of Cajun fishermen for over 30 years, New Orleans Airboat Tours, LCC is anything but touristy. There’s nothing prefab or “Disney World” about it. This is the real thing. Unscripted. And just 30 minutes or so from downtown New Orleans. They’ll even pick you up from your hotel. 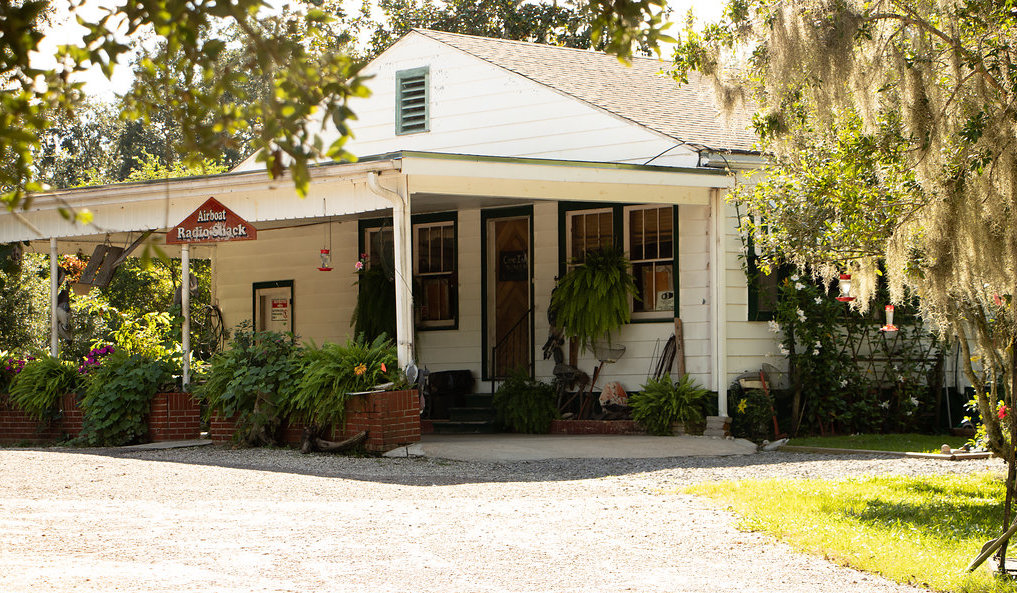 The first thing you see when you arrive at New Orleans Airboat Tours, LLC is a charming old house. 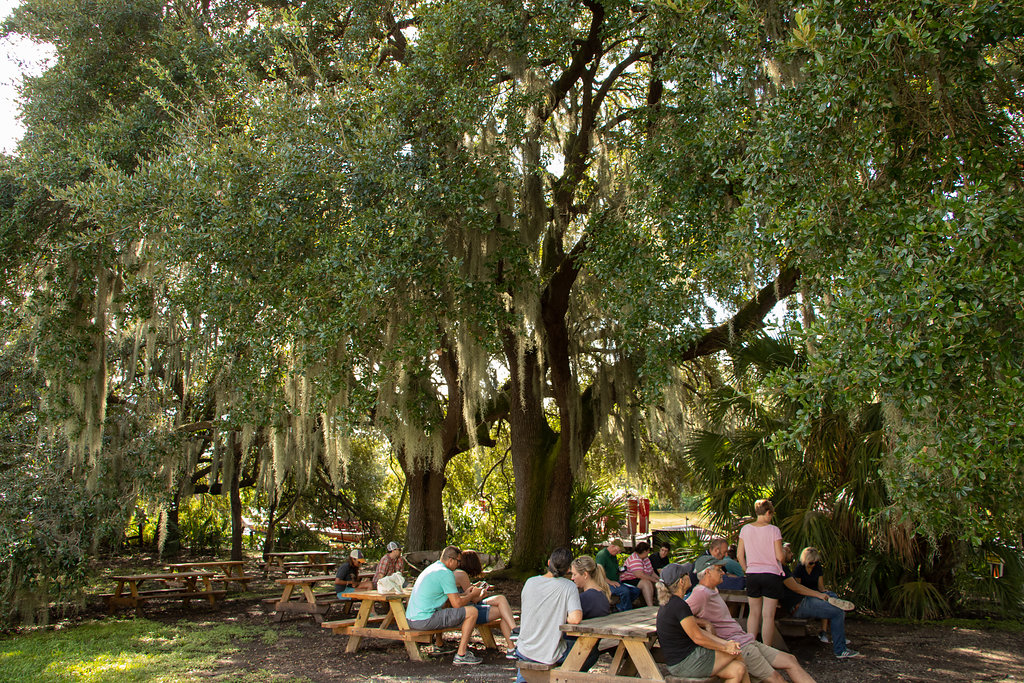 To the left, there are picnic tables where you can arrange for your family or group to have a crawfish boil, in season. 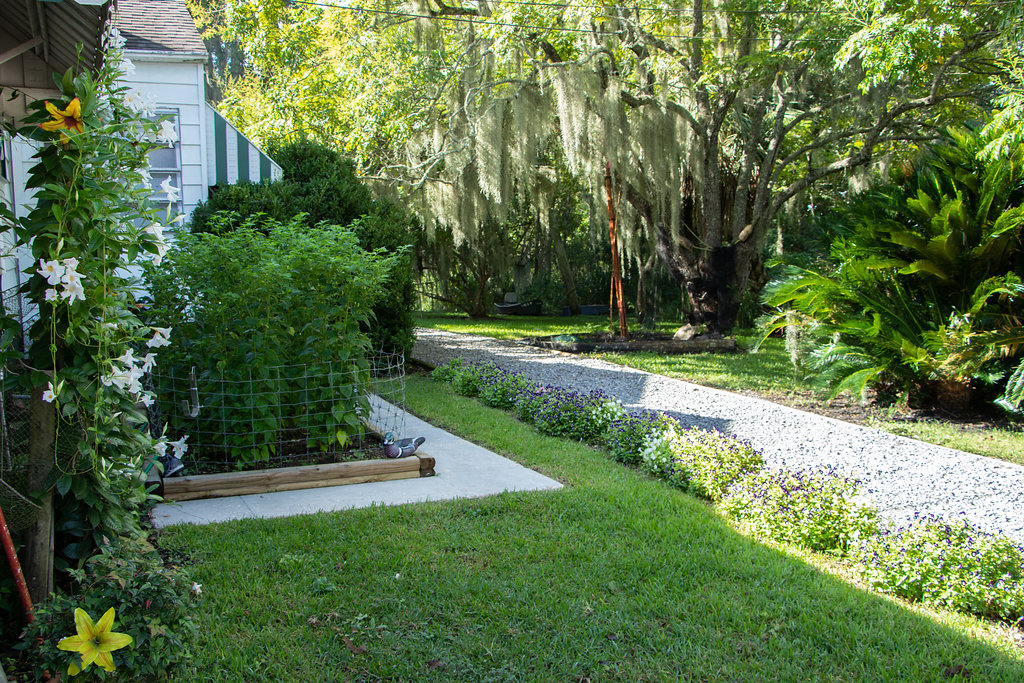 And to the right of the house is a winding path that takes you down to the water where sits (or should we say “floats”) the largest fleet of swamp tour boats in Greater New Orleans. 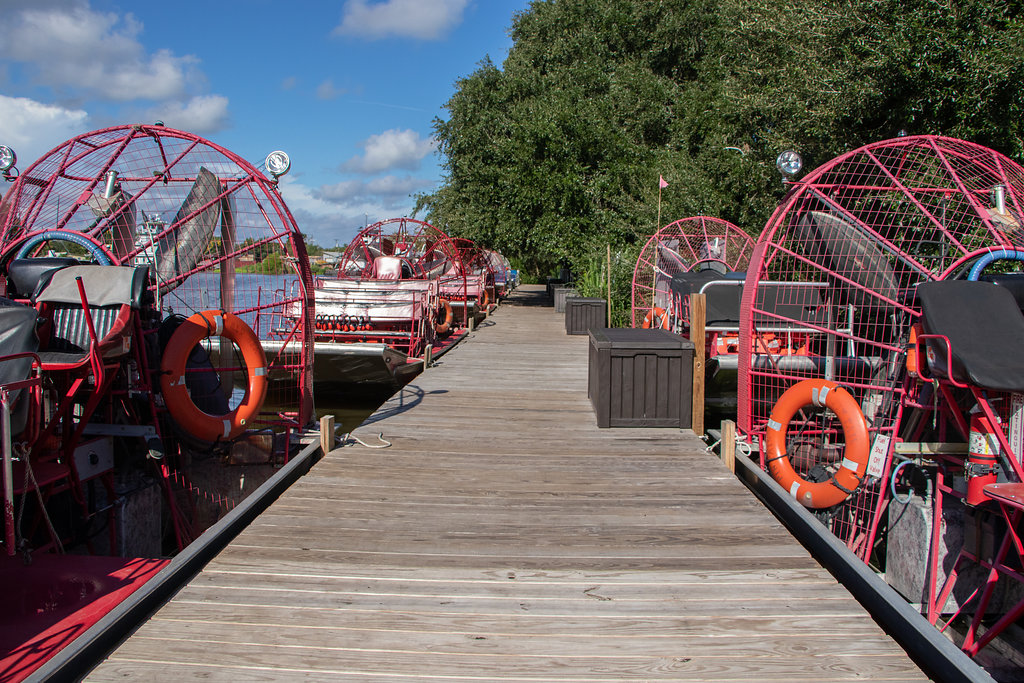 There we boarded one of the small swamp boat which would allow us to travel to parts of the swamp where the larger boats dare not venture.

“We're not going to whip you around through the swamp to scare you,” one of the owners called out to us while standing under a huge live oak tree, dripping with Spanish moss. “The thrill you’re going to get is from Mother Nature.” 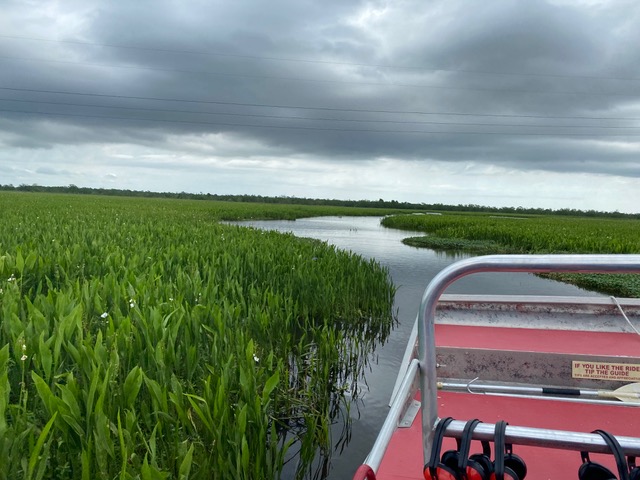 He was right. But it’s not just what we would see that would amaze us – it was what we heard from our guide, Captain Kelly.

Captain Kelly grew up in these swamps and has worked them since the age of 10. While weaving the boat through the marsh grasses, he shut off the engine every now and then to weave a story of Louisiana past and present and point out alligators he knew by name. You would think the presence of the airboat would have made them run and hide, but quite opposite was true. They had no problem swimming up to the boat as if to say "welcome." 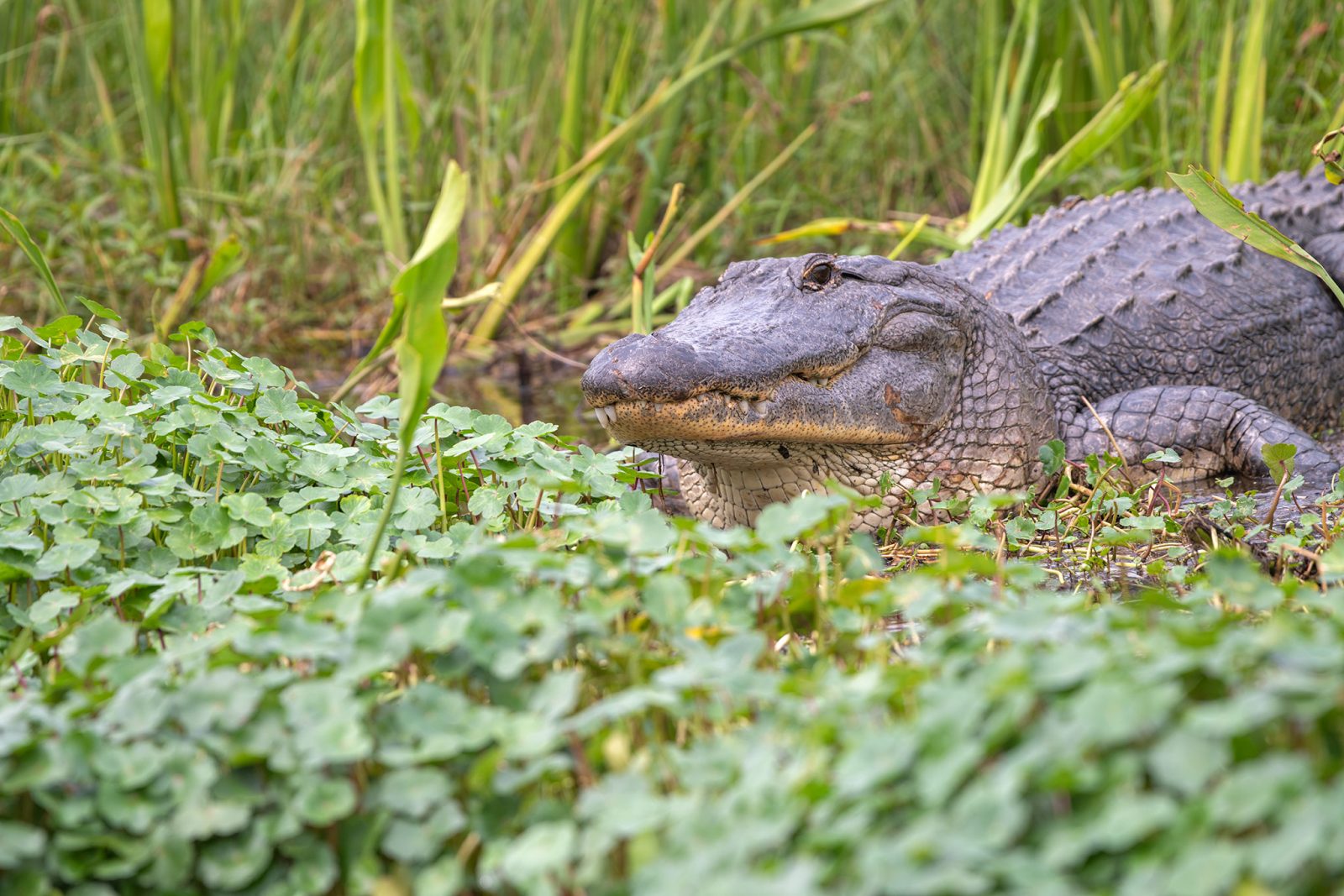 “That big one over there is named Psycho,” Captain Kelly said. “Haven’t seen him for a few weeks. It’s mating season. Guess he’s been busy.”

We’ve been on enough tours to know that alligators swim up to swamp boats, hoping to snag a marshmallow or two, and that was the case here as well. But what we’d never seen before is birds coming onboard for a snack. 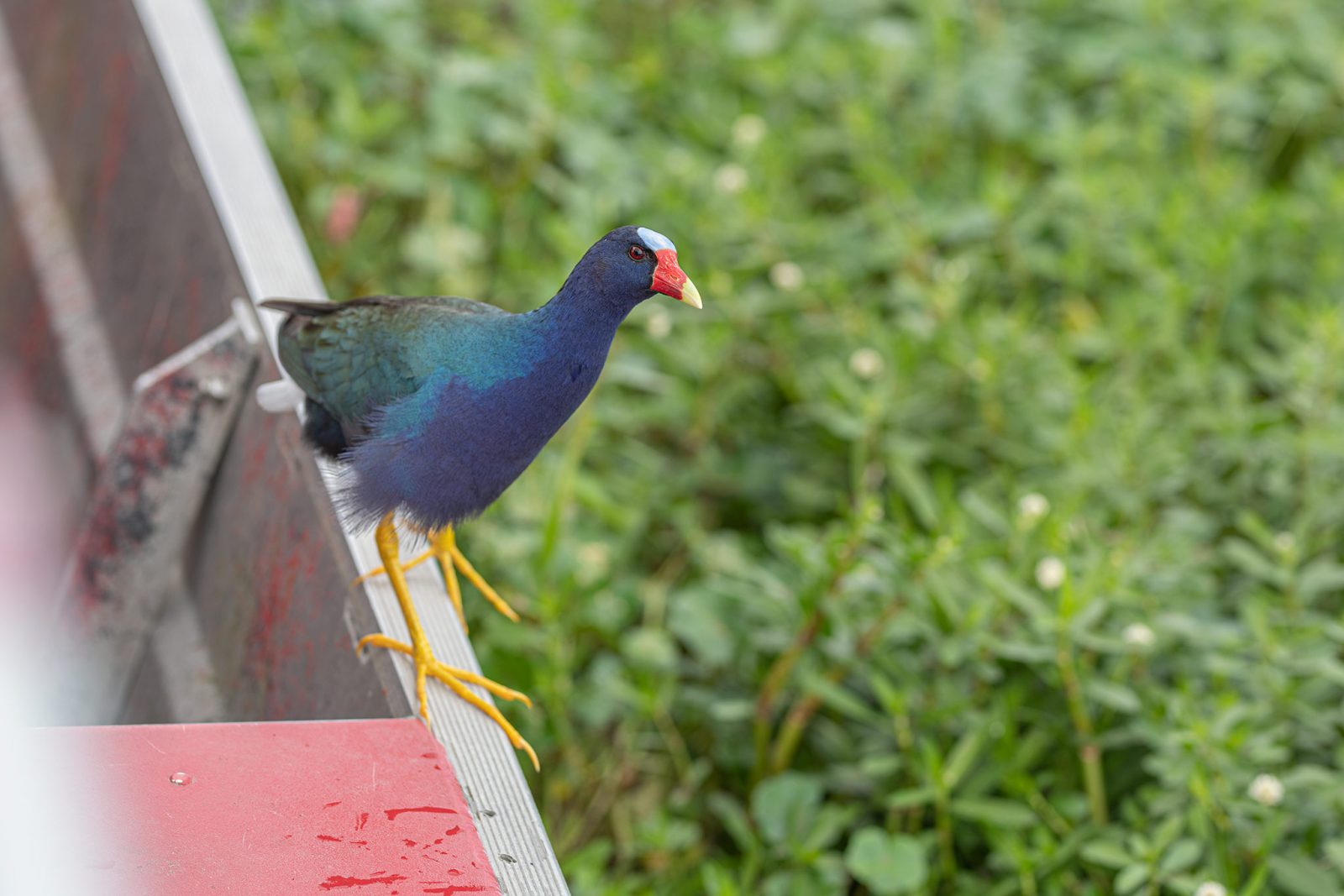 Captain Kelly pulled up to a clump of marsh grass and two brilliant purple birds with gangly yellow legs and bright red and yellow bills hopped onboard and ate right out of his hand. The captain explained that they were Purple Gallinules and that these same two birds were here last year, too. Then he suddenly stopped feeding them to listen to a sound in the distance. 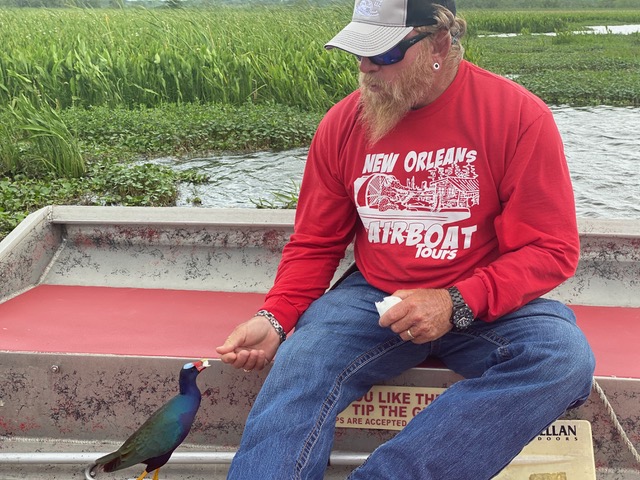 “Shhhh….did you hear that?” he asked. “That’s a gator bellow. Like I said, it’s mating season.”

And then, before we knew it, Captain Kelly was back in the driver’s seat and the birds scurried away.

“There’s a gator sneaking up over on your left,” he yelled out over the sound of the boat. “Those birds were going to be brunch if we didn’t move.” 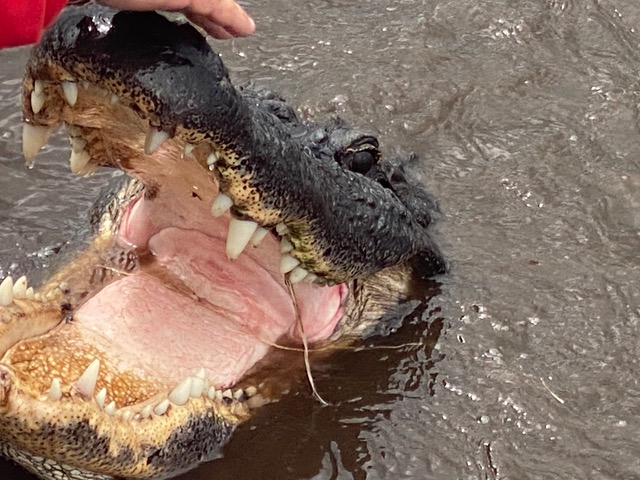 Throughout the tour, Captain Kelly exhibited signs of a real love and respect for nature and the environment. When we came upon a couple of helium birthday balloons tangled in the reeds – escapees from some child’s birthday party – he stopped to bring them aboard. “There’s not much trash out here but when we do see it, we pick it up before it could injure an animal.”

Captain Kelly also talked a lot about the flora and fauna, and pointed out notches in some of the alligators tails which indicated that they were farm raised and then released. 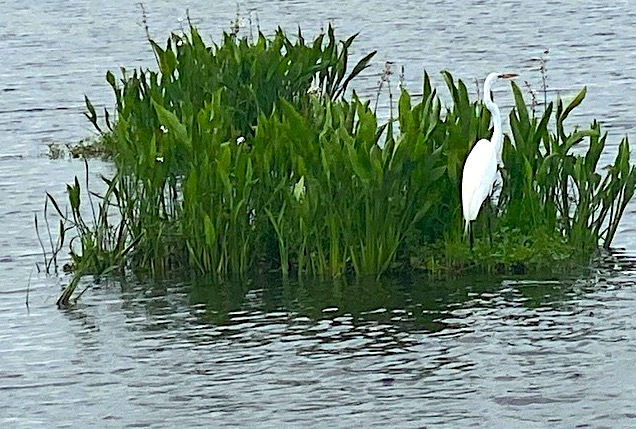 “You’d think that all the swamp critters would be afraid of the alligators and not the other way around but that’s not true of baby gators. Very few survive. Birds eat them. So every year we harvest the eggs and, when they get big enough to stand a chance, we release them back into the marsh.”Near the end of our tour, Captain Kelly surprised us with the opportunity to hold a live alligator.

“This here is “Just In Case,” Captain Kelly explained. “I brought him ‘just in case’ we didn’t come upon many alligators out here. One day, he’ll be released as well.” 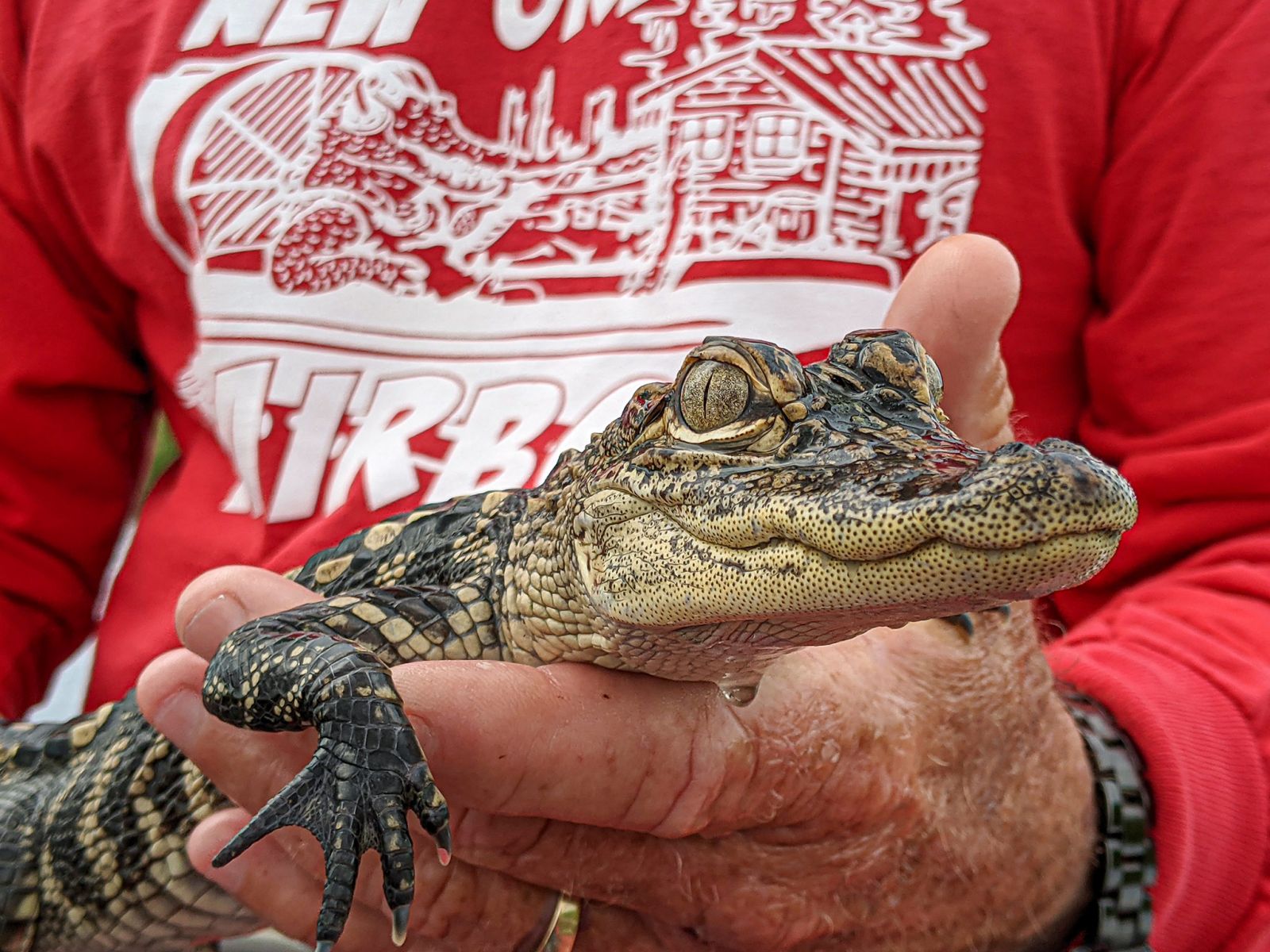 But Captain Kelly needn’t have worried. We did see alligators. At least twenty. Maybe thirty. We had a great day and took note to bring visiting relatives here next time they come. 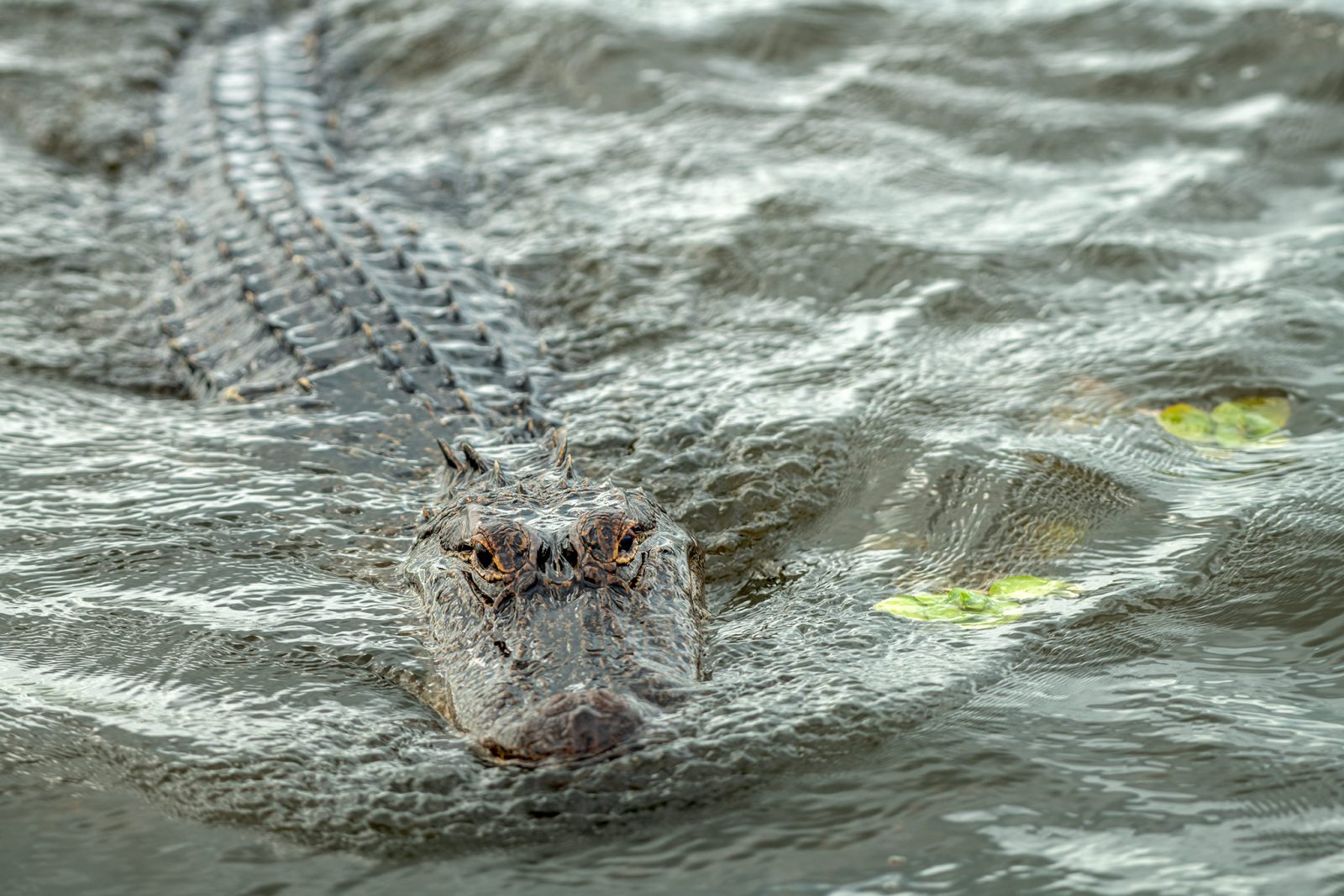 Book your experience with New Orleans Airboat Tours, LCC  now and you’ll have plenty of stories like these to tell later. Click here or call 504-262-8887.