Why the Saints are Synonymous with New Orleans 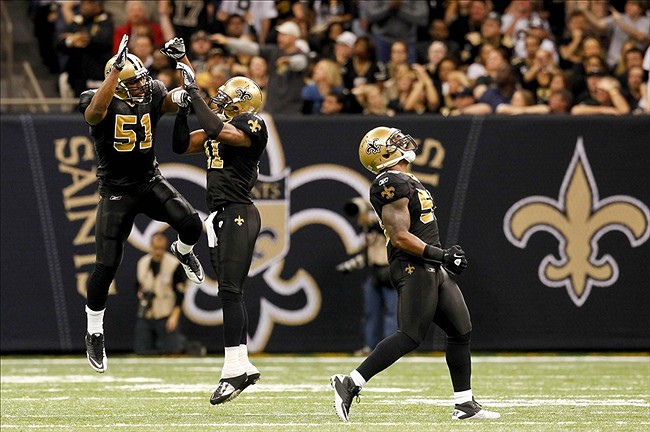 Passion runs deep in New Orleans, but few deeper than the love we have for the Saints. That’s right—when it comes to our team Who Dat Nation is all business and plenty of play!

Our love affair began when Saints joined the NFL nearly 50 years ago. The Saints, named for the Catholic All Saints Day, didn’t win much for the first 20 years but the Who Dat Nation always kept the faith. Finally in 1987, the Saints made it to the playoff with their first winning season!  It wasn’t a fluke; the Saints were on their way! Defeating the St. Louis Rams in the 2000 playoffs, the Saints finally tasted sweet victory.

In 2005, Katrina ripped through New Orleans, destroying homes and displacing families as the worst natural disaster in US history. The Superdome was used as emergency shelter for those in need, and also suffered major damage. While the team played its season home games in San Antonio or Baton Rouge, the Superdome brought the entire city together as people from all walks of life lived there while they fought to get back on their feet. And New Orleanians kept the faith when there was none!

When the 2006 season rolled around, the $185 million restoration to the Superdome was finished and the Saints had a new head coach and quarterback to help breathe life back into the city, Sean Payton and Drew Brees. With new life came a new drive to win. The Saints played with the heart and soul of New Orleans in their hands, winning their second playoff game ever. It was that season the world saw the team and the city were on the mend.

That season the Saints proved the city can take the hits, but nothing would keep us down. Fans began pouring in from all over proudly cry “Who Dat,” selling out the Superdome season after season.

But the team didn’t just bring in fans. Players and coaches proudly donated their own time and money to rebuild the city they call home. With that, came reason to hope that one day New Orleans will be the city she once was, better even.

Brees was once was quoted saying, “If you love New Orleans, she’ll love you back.”

This year marks a decade since Katrina nearly destroyed our city, bith the help of so many, including Saints players and fans, New Orleans coming back better than ever. We couldn’t have done it without the Who Dat Nation.  “When the Saints Go Marching In,” so does the heart of every New Orleanian.

If you’re in town this football season, join us in the Superdome for a game. We’ll have you screaming “Who Dat” before halftime. Here's a full list of 2015 Saints home games.