Comic Con Was a Blast!

This past weekend, I had the chance to visit the New Orleans Comic Con, and I had a fantastic time. I took in the sites and quickly blew through my spending allowance on great finds both for myself and my son.

All of the celebrities were out in full force, and even revered comics artists had long lines that wrapped through the convention floor just for an autograph and a chance to chat.

Bar none, one of the best parts of any Comic Con is the the fan costumes. I love talking to my favorite artists and discovering new books and movies to geek out over, but check out the attention to detail that some people put into their costumes. 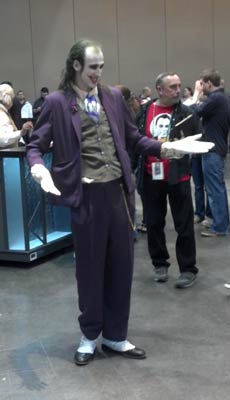 Forget Heath Ledger. This guy’s going for classic Joker straight from the comics.

Creepy and classy all at the same time.

The steampunk community was faithfully represented by a large number of costumed attendees. These guys went for Steampunk Star Wars. How much geekier can you get? (I was in awe. Ha!) 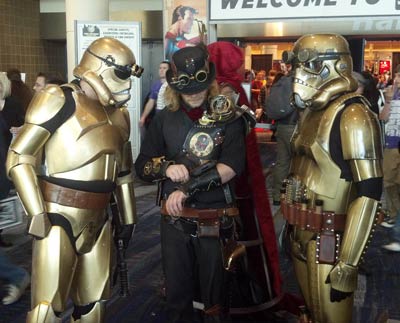 As a side note, the “device” that the center guy is looking down at on his forearm was his iPhone. Modern meets steampunk. 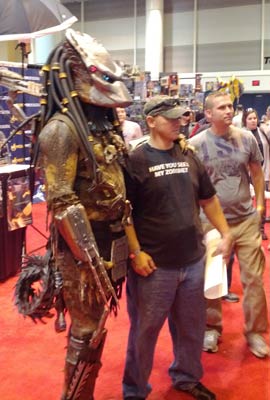 You know, any time there’s a gathering of sci-fi folks, Predator has to drop by for a few laughs and some photos. He’s not such a bad guy once you get him out of the whole “killer” mindset.

And the above selections were only a few of the multiple, high-quality costumes on display. The convention has been a ton of fun 2 years in a row, and I’m already looking forward to 2013.

Hope to see you there!