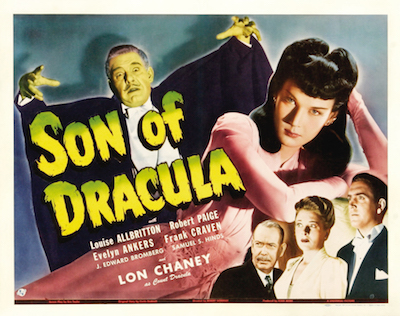 Halloween in New Orleans – a time when ghosts, witches and vampires come out (on the big screen, of course). So cover the mirrors, hang some garlic around your neck, turn down the lights and hit play. Here are “Ten Trippy Horror Films and TV Shows Set in New Orleans.” Warning: Some of them are awfully scary and others are just plain awful.

A beautiful young woman transforms into a monstrous black leopard in this R rated movie set in New Orleans.

The Candyman moves back home to New Orleans, and starts preying on his own descendants.

A vampire tells his story of life after death.

The Count follows his NOLA to find Mary Van Helsing, the daughter of his nemesis.

A realtor’s family is summoned to a haunted mansion where he learns an important lesson.

A hospice worker is sent to New Orleans to care for an aging stroke victim. She finds a mysterious key that unlocks a hidden room.

While on a haunted swamp tour in New Orleans, a group of tourists find themselves stranded. Something in the swamp has a hatchet and they know how to swing it.

Our 16th President discovers vampires are planning to take over the country. Honest Abe’s mission: to eliminate them.

This season, set in New Orleans, follows a coven of Salem witches as they fight for survival. They are sent to a special school in the Big Easy where they learn how to protect themselves.