From a neighborhood of working class immigrants to one of the hottest neighborhoods in the city, the Irish Channel has a long and storied history.

The Irish Channel was originally home to many of the Irish workers who came here in the 1830s to build the New Basin Canal, a waterway built to connect Lake Pontchartrain with businesses and industry in the developing New Orleans.

This neighborhood is known for its small cottages and shotgun homes located on narrow lots, traditionally inhabited by blue-collar workers who could afford their modest prices. House here are smaller than in the Garden District or in other parts of Uptown, but what they lack in square footage, they make up for in fine decoration charm. Their close proximity creates a feeling of community and coziness. Here you can still ask a neighbor for a cup of sugar or gossip over a backyard fence. 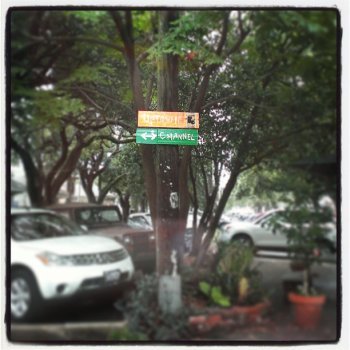 As with many neighborhoods in New Orleans, the boundaries of the Irish Channel have a number of definitions. The City Planning Commission defines the neighborhood's boundaries as: Tchoupitoulas St., Toledano St., Magazine St., First St., the Mississippi River and Napoleon Ave., while the Historic District Landmarks Commission defines the boundaries of the Irish Channel as: Jackson Ave. to Delachaise St., Magazine St. to Tchoupitoulas St.

The largely working-class neighborhood was, as the name implies, originally settled by mostly immigrants from Ireland in the early 19th century. They came fleeing the great potato famine, looking for work. However, early on, the area also played host to residents of various ethnicities, including free African-Americans, Germans and Italians.

Through the early 20th century, much of the population of the Irish Channel worked in the nearby port of New Orleans. Then modern shipping innovations greatly reduced the need for dock workers.

Another major employer was a number of breweries. Today, there's one brewery in the Irish Channel, continuing the tradition - NOLA Brewing on Tchoupitoulas St.

Since about the 1960s, the neighborhood has been mostly African-American, along with substantial number of descendants of the Channel's 19th century immigrants, and more recently, Latino immigrants. The parades and parties held on and around St. Patrick's Day are enjoyed by many locals, whether they are of Irish ancestry or not. 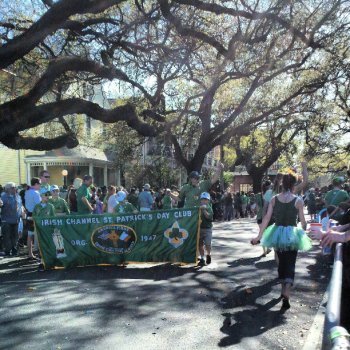 Today, the Irish Channel is one of the most eclectic neighborhoods in the city, and in New Orleans that's saying something. It's popular with both residents and visitors to the city.

The residents come from every walk of life and income level. Many families are multi-generational, having raised children and grandchildren there, while others are among the city's newest arrivals. Located along a strip of high ground near the Mississippi River, it has gone from a less-than-desirable address to an extremely valuable one.

The mix of locally owned shops and restaurants, beautiful serenity of St. Mary's Assumption Church, and contributions by everyone from the Emerald Isle to El Salvador attracts people from throughout the city and the country.