Like basketball, but live under a rock? In that case, here’s some amazing news. For those who didn’t know, the NCAA Final Four is coming up on March 31 and April 2. And where better for the four finishing factions to face off than our very own New Orleans? I know, I know, it’s nice and dark under your rock, but sometimes you need to come up for air (and news). 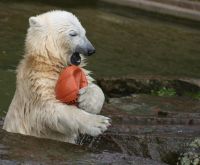 The last time New Orleans hosted the Final Four, college basketball’s ultimate playoff showdown, was in 2003. Fans of Division I sports will remember the nail-biter during which, in the last 7/10 of a second, Syracuse blocked a Kansas shot to win by three slender points. What can you do in 7/10 of a second? Exactly.

This year, the Crescent City will play host to the tournament again, in the newly refurbished Mercedes-Benz Superdome. Preparations have been going on for weeks, with more than 17,000 temporary lower bowl seats being added to the Dome for a total capacity of over 74,000 fans. 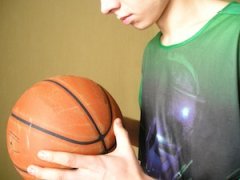 The NCAA is making 2012’s Final Four about more than the two games, with community outreach and activities like the Final Four Dribble, during which 3,000 free basketballs will be distributed to kids under 18 for a good-natured race from the square to the Convention Center, and a giveaway of 2,012 boxed lunches and pairs of shoes to needy New Orleans families.

What will the Final Four experience be like? Organizing co-chair Billy Ferrante probably put it best, saying succinctly, “It’s not your mother’s Final Four.”

Well, my mom doesn’t watch sports, Billy, but hearing that, I’m thinking she should tune in for this one.