New Orleans has plenty to offer on the stage over the next few weekends. Check out some of these great offers. 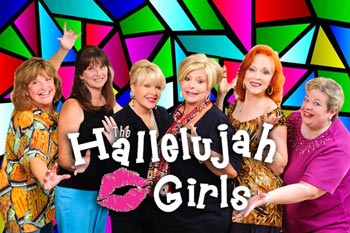 The Jefferson Performing Arts Society is bringing the comedy The Hallelujah Girls to Westwego from October 21st to November 6th. Performances will be on Friday and Saturday nights at 7:30 p.m. and Sundays at 2 p.m. Please note that this production will contain adult language and humor.

Hilarity abounds when the feisty females of Eden Falls, Georgia, decide to shake up their lives. The action in this rollicking Southern comedy takes place in SPA-DEE-DAH!, the abandoned church-turned-day-spa where this group of friends gathers every Friday afternoon. After the loss of a dear friend, the women realize time is precious, and if they're going to change their lives and achieve their dreams, they have to get on it now! By the time the women launch their new, improved lives, you've got a side-splitting, joyful comedy that will make you laugh out loud and shout "Hallelujah!"

The Anthony Bean Community Theater presents the production of The Good Negro from October 21st to November 6th. The play focuses on leaders of the black community in Birmingham, AL during the Civil Rights movement. Beyond the major political struggles of the time, the leaders must deal with the issues in their personal lives as well.

Performances will start at 8 p.m. on Friday and Saturday nights and at 3 p.m. on Sundays.

Fiddler on the Roof 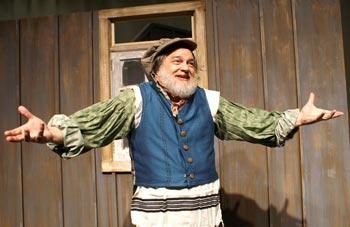 In the little village of Anatevka, Tevye, a poor dairyman, tries to instill in his five daughters the traditions of his tight-knit Jewish community in the face of changing social mores and the growing anti-Semitism of Czarist Russia. Rich in historical and ethnic detail, "Fiddler On The Roof" has touched audiences around the world with its humor, warmth and honesty. It's universal theme of tradition cuts across barriers of race, class, nationality and religion, leaving audiences crying tears of laughter, joy and sadness.

From a Long Way Off

The JPAS will introduce new material to the stage with the production of From a Long Way Off from three-time Big Easy Award Winner Jim Fitzmorris. The production will run from October 28th to November 13th. Friday and Saturday performances are at 7:30 p.m., and Sunday performances will be at 2 p.m.

In the aftermath of Hurricane Katrina, the Quinncannon Family battles The Archdiocese of New Orleans over the closing of a beloved church. But they are about to find out, their biggest enemy might be their past.