Oh man, I can't wait for what will definitely be one of my favorite New Orleans events in 2011. 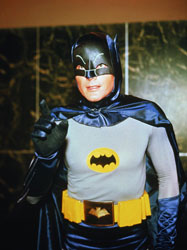 Please know that I am in geek heaven right now.

Growing up, I was (and still am) a huge fan of artist Joe Madureira, artist of my favorite series at the time, the X-Men. Now that I've grown and still not shed my geeky ways, I've been an avid reader of Louisiana natives Kody Chamberlain and Rob Guillory.

Kody Chamberlain has a new issue out this week of his New Orleans-based series Sweets. This isn't a capes and heroes kind of book. This is a TV crime show brought to the comic book format, featuring a serial killer who eats pralines at the sight of the murders.

Artist Rob Guillory is the co-creator of a series called Chew, which features a law man who has the ability to know the origin of anything that he eats. When he begins to use this ability to solve crimes, things get wacky, action-packed and a little weird. This book has already been collected in three paperback collections and is available at comic book stores and major bookstores. 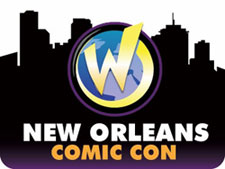 I'm also looking forward to meeting an actor from my favorite science fiction television show. Aaron Douglas proved himself to be a fantastic actor in Battlestar Galactica, and he infused his character with great depth and emotion.

You can bet I'm taking my comic books to get them signed on Saturday and Sunday, the 29th and 30th of January at the Wizard World New Orleans Comic Convention at the Ernest N. Morial Convention Center.

New Orleans Comic Con - The Pop-Culture Capital of the World!