September 2013 things to do

September isn’t as well-known as its brother and sister months, but it’s a great time to be in New Orleans. The weather is a little bit more agreeable and crowds are on the mild side. Of course, it doesn’t hurt that there’s several exciting events to make memories at that will last a life time. 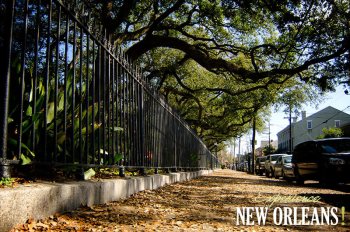 September starts with the Southern Decadence Festival (Aug. 28-Sept. 2), the world’s largest celebration of LGBT culture in the world.  There are costumes, high fashion, dancing, and a parade (since this is New Orleans). The festival draws more than 100,000 people from all over the world every year.

The same weekend (Aug 29. – Sept. 2), is the Shrimp and Petroleum Festival in Morgan City, Louisiana. A short drive from downtown New Orleans is one of the most unusual, most down-home festivals in the country. This festival has everything from a parade of shrimp boats to a blessing of the fleet. Of course, there will be music, arts and lots of shrimp to eat.

Who dat! The Saints season kicks off Sunday, Sept. 8 against division rivals the dirty birds, I mean Falcons. On Sept. 22, they’re back in town to face the Arizona Cardinals. The atmosphere inside and outside of the stadium make the Superdome an exciting place to see a game. It doesn’t hurt that there’s not a bad seat in the house.

We Live To Eat Restaurant Week

Hands down, New Orleans has some of the best food in south. Sept. 9-15 you can enjoy some of that food at a discounted price at legendary restaurants like Antoine’s and Arnaud’s, as well newer favorites like Grand Isle and Ralph’s on the Park. Two course lunches are under $20 and three course dinners are $35 or less. It’s a win, win for food lovers.

If it’s your first visit to our fair city, check out these must visit places and things to do. If you’re looking to get out of the French Quarter, take a look at our article about how to do New Orleans like a local.

We hope to see you this month! We have a feeling you’ll have a great time.