Since Jazz Fest is right around the corner, I thought it would be a good time to focus on that musical genre.

Names like Louis Armstrong, Harry Connick Jr., the Marsalis Family, you really don’t need me to tell you anything more about these well-known names that you may have never heard of before. Today, I want about some of the lesser known names that paved the road for future musicians. 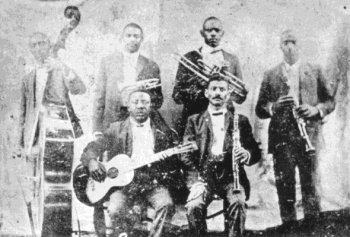 Buddy Bolden is credited as one of the originators of jazz as we know it today.  He gets the credit for developing the “Big Four,” a modification of the bass-drum patterns, which eventually led to other musical improvisations. His instrument was the cornet.

Born Ferdinand Joseph LaMothe, Jolly Roll Morton was a pianist and bandleader. He was one of the first to actually transform jazz from an improvisational format into formally arraigned music.  During his life, he boldly claimed that he invented the genre. While that may not exactly be true, he was one of the pioneers.

This coronet player was born a little to the northwest of New Orleans in Donaldsville, Louisiana, but he made his mark on jazz music in New Orleans and beyond. He mentored a young man that you  may have heard of before that goes by the name of Louis Armstrong. He also spread the sounds of Dixieland jazz throughout the counties in the 1920’s.

Edward “Kid” Ory was also born just outside of New Orleans in LaPlace. He played the banjo growing up and developed a style known as “tailgate.” Tailgate is where the trombone player plays the rhythm, under the lead of trumpets and cornets.

Warren “Baby” Dodds was one of the premier drummers of the pre-Big Band era. Dodds and that legendary Armstrong guy, joined King Olivers band, before the three of them eventually ended up in Chicago, keeping Dixieland jazz alive and well.